You should be reading this at dummytranslations 🙂

It looked similar to a pure American shorthair cat. The silver tabby’s hair color was very beautiful but this was probably due to its owner’s meticulous care.

Taking the menu from the clerk, he noticed that they still kept the same old traditional way of ordering. Gu Yan quickly ordered a cup of cappuccino and a chocolate muffin.

After the clerk had left, Gu Yan then gave a low cough, the corners of his mouth couldn’t help but curve upwards slightly. With a small smile on his face, he whispered a few praises, “Qiuqiu is good.”

All of a sudden he saw many, at least more than 20 creatures that looked very much like him. The Heidis lounging in his lap could not react in time.

The original forms of those of the Heidis race were different. Even if the Heidis in his lap wanted to, it was not easy to find those who had the same form as him.

In the first place, it was in the Heidis’s racial nature that they did not like to expose their original form.

In the eyes of all guests in the café, the good-looking dark-haired youth sitting near the railings with his head bowed seemed to be saying something to the cat in his lap. Afterward, the tail of the cat in his lap which had been swinging gently suddenly started to swing more vigorously.

Wasn’t this too easy to coax? All those people who had cats in their homes silently thought.

The silver tiger tabby cat on the young man’s lap was extremely adorable, all the guests sitting in the vicinity could not help but be slightly distracted.

Then they saw the big cat raise its head to look at him and then licked the youth’s finger. If it was just like that, it was still alright, but afterward…

After licking, it moved its body to rub against the youth. Those who were closer to them could even hear the cat purring softly.

Finally, someone could not help but ask, why was it that such an obedient, easy to coax and sticky cat always somebody else’s cat-??

On this side, Gu Yan had just picked up a small knife to cut off a chunk of the muffin, ready to find some hidden angle to feed the Heidis on his leg.

The main reason was that in the eyes of the natives of the Earth, they were a pair of ordinary domestic cat and owner. If he were to feed the Heidis in front of these people, he would be regarded as an irresponsible owner.

Gu Yan just heard this sentence when he turned around to see a young girl with an expression filled with hope and expectation.

At that moment, a tail had already hooked around his wrist. Before the cat in his lap could do anything more, Gu Yan quickly replied apologetically, “Sorry, my cat is very shy.”

Hearing the words ‘my cat’, the Heidis let out a few low purrs from its throat and arched into the youth’s bosom.

Shy, but very sticky to its master …

Those sitting nearby could hear their conversation. The more they heard, the more envious they became. In all aspects, this could be said to be their ideal cat’s personality.

“Meow.” A folded-ear cat that was not too far from the youth and not too close either started to meow pitifully at him.

This distance was chosen because of the Heidis in the youth’s lap that made it dare not get too close.

At this time, a clerk was just passing by while holding a plate and saw this scene. All their cats in this store were usually very quiet and obedient ah? He was momentarily stunned.

There was probably a daring person …Ah no, there was a cat who was daring enough, causing the other cats in the shop to follow after.

After a while, the clerk in the café looked at the cats in their shop as they fought to squeeze towards the direction of the dark-haired youth sitting near the railings. But the young man was not carrying any cat food though?

Usually, their cats would be extremely quiet, but now, unexpectedly they surrounded the youth’s legs and mewed non-stop.

Was this man a walking cat-nip?

When faced with this kind of situation, the shop assistant did not know whether he should bring the cats back into the store or turn a blind eye.

There was no helping it, the guest did not do anything that violated the rules of their café, it was their own cats that took the initiative to bother him.

Gu Yan knew that he had always been loved by animals. Just now when he came into this café and having not been instantly surrounded by the cats, he thought that his animal-attracting pheromones had lost their power here.

Now it seems it was still there.

There were so many cats around his legs and they are all purring at him. Gu Yan very much wanted to reach out to pet them, but…

When he lowered his head to look at the big cat in his lap staring silently at him, Gu Yan immediately abandoned that idea.

Putting both hands under the Heidis’s paws, Gu Yan touched the soft belly. “Qiuqiu, be good.”

If he really did, this cat might really fly into a rage.

It was their first time seeing such a jealous cat, these were the thoughts of all the guest in the vicinity who had witnessed the whole exchange.

But how envious, to let their cat be jealous was such an unthinkable thing but it brought such a good feeling.

Cannot tease other cats, then surely he could tease his own cat right?

Holding onto this idea, Gu Yan made the final payment and before leaving this cat café, he couldn’t help but buy a stick to tease his cat.

Although he was back on Earth, Gu Yan did not rush to visit all the familiar places. He had already decided to live in this city for a month or so and afterward, he would then return back to the Heidis empire with the Heidis in his hands.

Since they were going to stay in this place for a month, Gu Yan simply rented a house. The space was more than sufficient for two people to live in.

The cat teaser stick he had brought back was lying on the bedside table. Gu Yan had just emerged from the bathroom when the first thing he saw was the big cat lying by his pillow quietly.

This side of Earth was much warmer than the Aisers. In the Aisers, Gu Yan had basically wrapped himself into dumpling at every moment. However, on Earth, a shirt was enough.

The buttons on the youth’s shirt were not buttoned up properly and if your line of sight continued down the white neck, one could see the slightly exposed, beautifully shaped collarbone.

The Heidis on the side of the pillow stared for a moment then narrowed his pupils.

The big cat who had been lying down silently, seeming very docile and obedient suddenly raised its head to watch him. Gu Yan looked at this big cat and then looked at the cat teaser stick on the bedside table …

He really couldn’t hold back.

Looking at the furball before his eyes, the Heidis didn’t understand the youth’s intentions at first but having recalled what he had seen in that room today, with his first-class learning ability, slowly lifted his front paws to gently nudge at the fur ball.

In fact, it was a simple matter for the Heidis to pounce on a moving thing.

The Heidis in his domestic cat form was merely cooperating with the youth and only wanted to do something that would make him happy.

Using the cat stick to tease the cat in all sorts of ways, Gu Yan was completely focused and momentarily unable to return to his senses …

Until his surroundings were turned upside down and he found himself being pressed onto the bed by the grey-haired Officer who had returned to his handsome human form with his usual icy countenance.

The cold voice sounded beside his ears. However, in a state of shock, Gu Yan nodded, thinking that the Heidis was referring to the cat stick.

The cold voice at this time was a little husky. Just as he heard this sentence, Gu Yan felt a familiar cool and soft touch on his neck.

He seemed to have…

Teased himself into trouble? 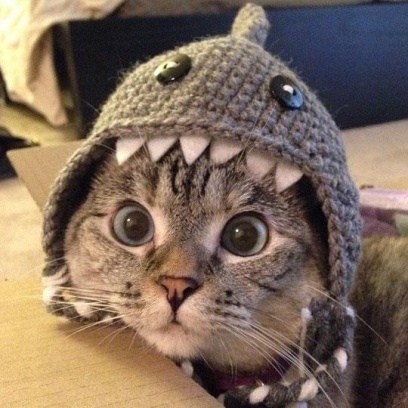 If you enjoy my translations, do support this project here:

Thanks^^ Till the next time~

This site uses Akismet to reduce spam. Learn how your comment data is processed.

Hey there, I’m a translator at dummytranslations. Updates might be slow, but I’m trying my best! If you enjoy my translations, you can support this project(and maybe future projects) here!! :